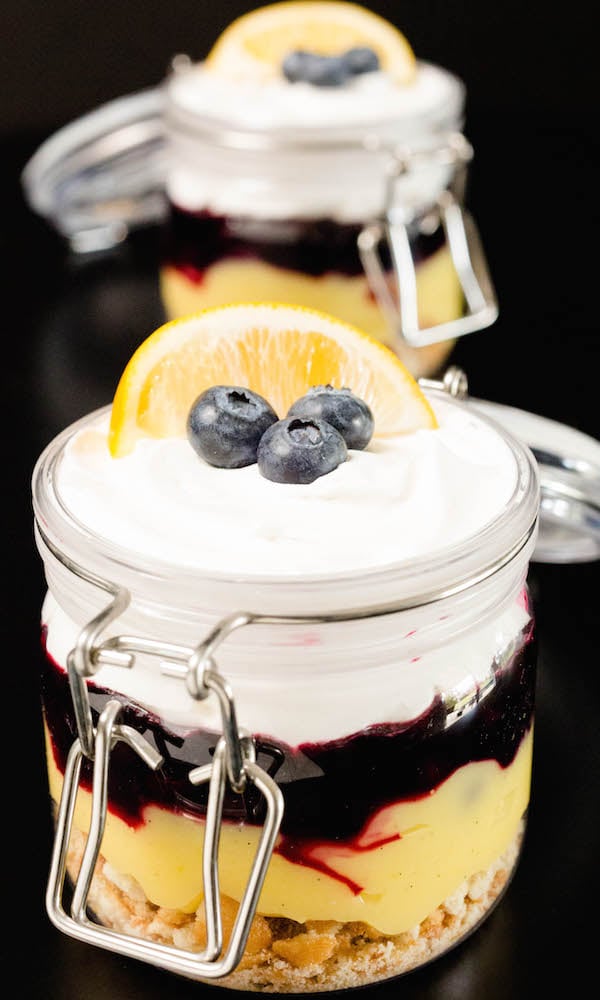 I’ve been making all kinds of desserts with the Meyer lemon curd recipe I put up last week. Cookies, cupcakes, doughnuts…everything has been delicious but this parfait is a real stand-out!

Blueberry is my favorite fruit to pair with lemon, so I knew my parfait would need to incorporate them in some way. A simple compote seemed like the best option, so that’s the route I went.

If blueberries aren’t in season or you don’t want to make compote you can substitute blueberry preserves or jam. 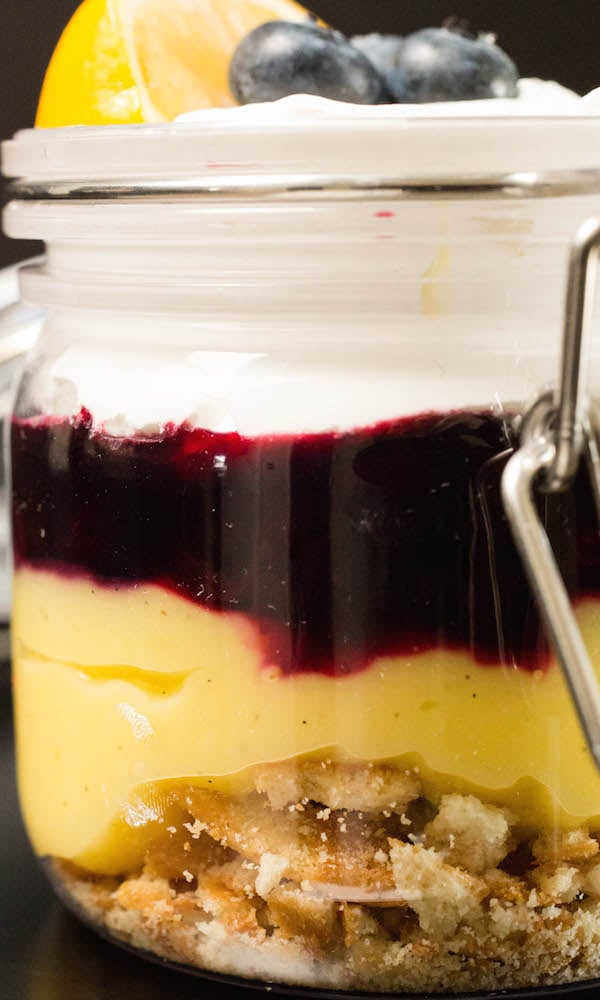 I debated for a while about what to use as the crust, then ultimately chose Nilla wafers. You just can’t go wrong anytime you use them! Other good options would be angel food cake or golden Oreos.

If you were wondering, yes you can substitute traditional lemon curd for the Meyer this recipe calls for. If you don’t want to make curd, Bonne Maman has a pretty good store-bought version.

I used Cool Whip for the topping but you could also use canned or homemade whipped cream. 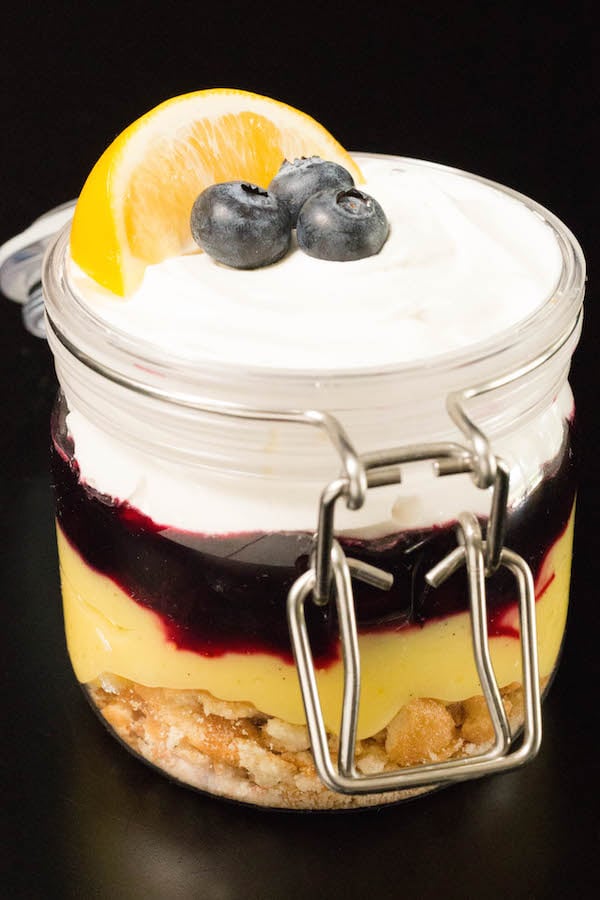 Add sugar and water to a sauce-pan over high heat. Stir until sugar has dissolved.

Remove from heat and stir in lemon juice. Allow to cool to room temperature before using.

Add the Nilla wafers to a Ziploc bag, seal, then use a rolling pin to crush them into small pieces. Add the crushed wafers to four jars.

Distribute the lemon curd evenly among the four jars, layering it on top of the Nilla wafers. Next, do the same with the blueberry compote, then the whipped cream.

Serve immediately or seal the jars and store in the refrigerator for a few hours until ready to eat.