Looking for the perfect, simple summer happy hour snack? Try these blistered shishito peppers! You can whip them up in less than 10 minutes with minimal ingredients. 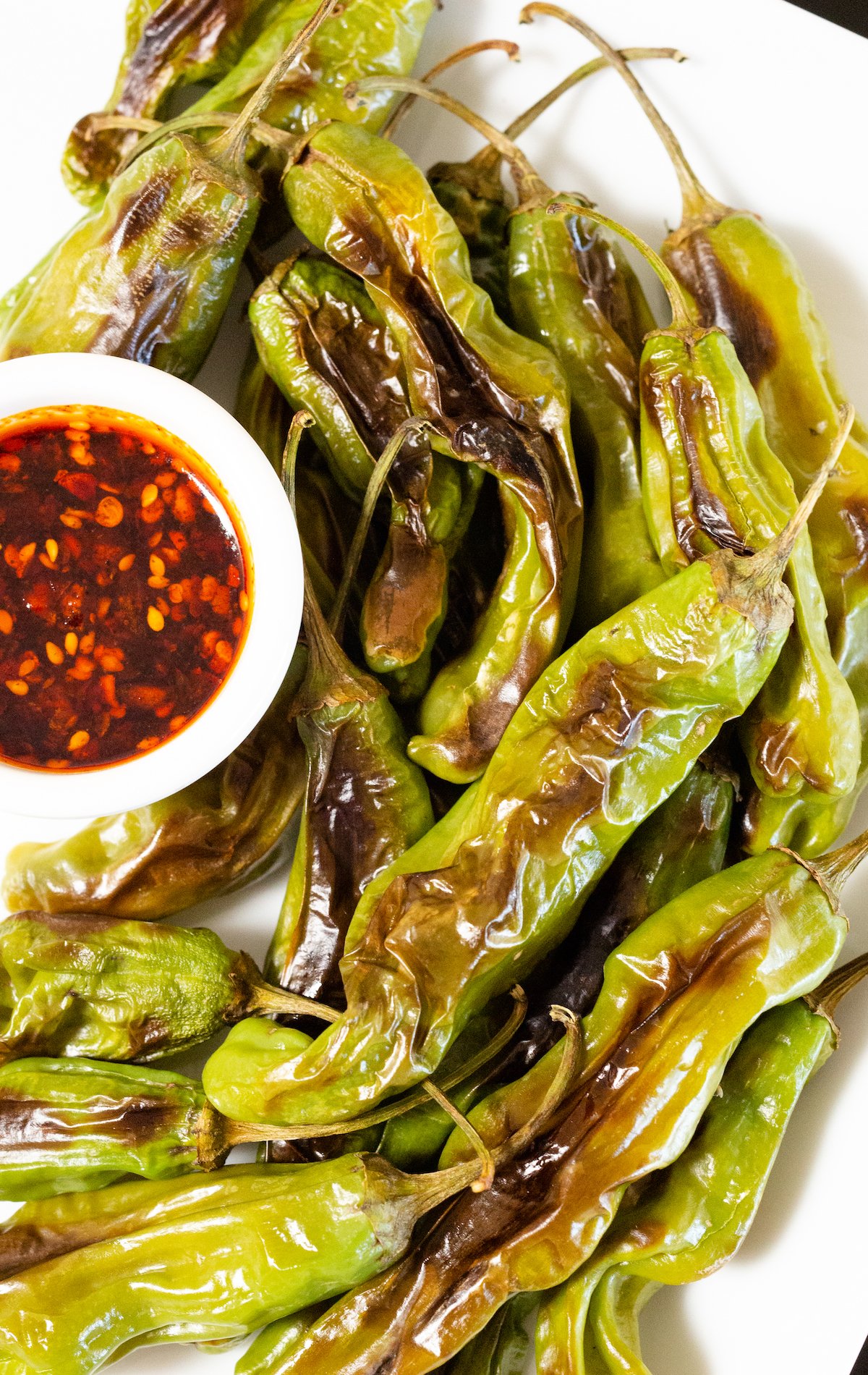 Have you had shishito peppers? They’re in season during the summer and are a mostly mild pepper, but about 1 in 10 is a bit spicy. This makes eating them a little like playing a game of spicy roulette.

We love them because they make a really delicious simple appetizer or snack. We like to serve them as a first course with grilled meats, or snack on them instead of popcorn during summer movie nights.

All you have to do is blister them, then dip them in a sauce, or toss in oil, salt, and citrus zest.

You can blister them with virtually any cooking appliance: the stove top, under the broiler, on the grill, or even in the air fryer!

See further down in the post for recommendations on dipping sauces and ingredients to toss the peppers with after blistering. 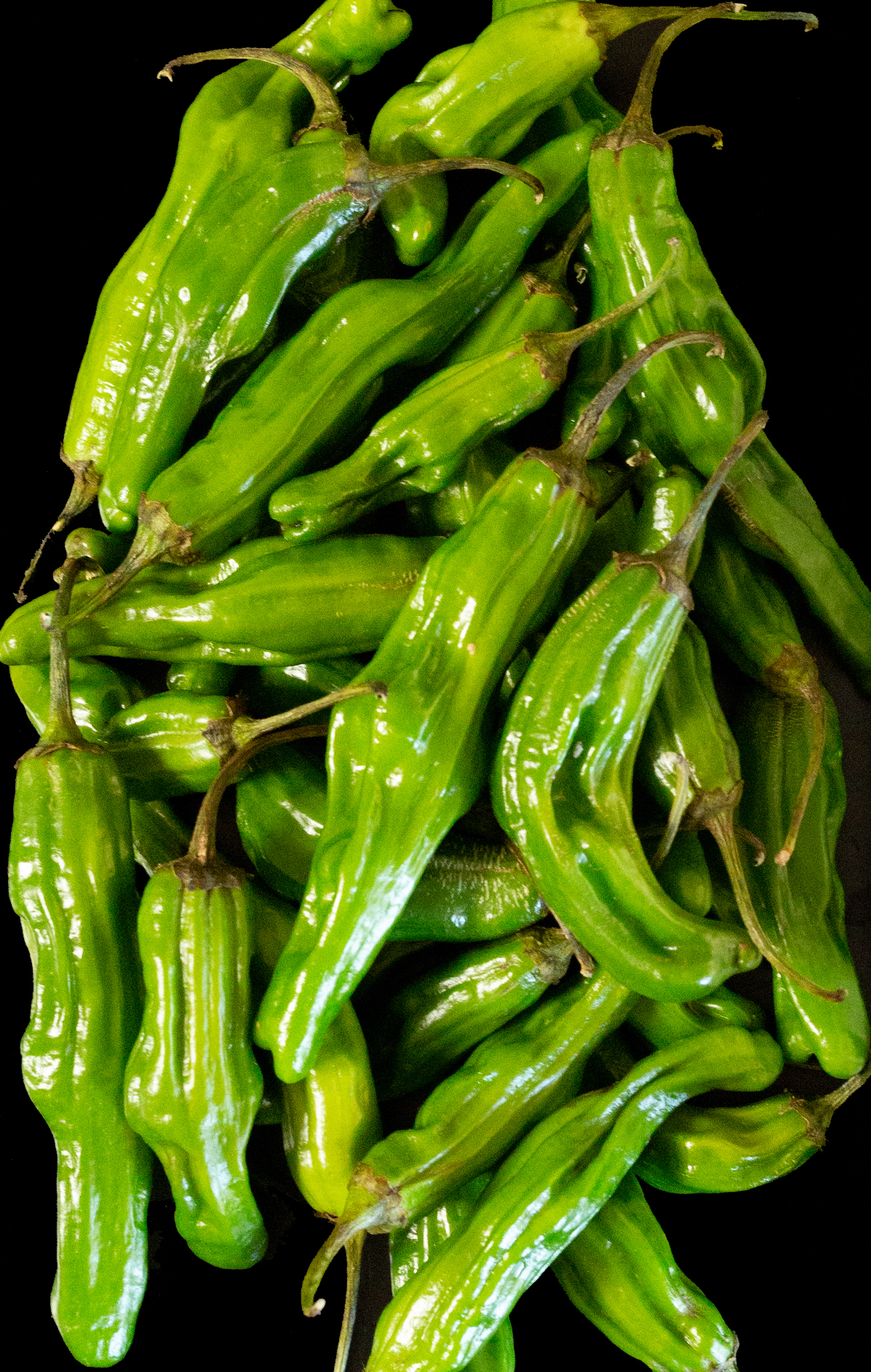 Place shishito peppers in a cast-iron skillet. Turn your oven’s broiler on the highest setting and allow to preheat for 5 minutes.

Add peppers to the skillet and cook 3-4 minutes on each side until skin is blistered.

Place shishito peppers directly on the grill grates. Grill each side of the pepper 3-4 minutes until the skin is blistered.

Preheat the air fryer to 400F.

Place shishito peppers in the air fryer basket and cook for approximately 4 minutes on each side until the skin is blistered.

What Sauce To Serve With?

Our favorite way to eat these peppers is with a dipping sauce. There are so many good options to choose from. Our favorite is a combination of soy sauce, sesame oil, and chili crunch sauce with a squeeze of lime. Below are a few other options that we love. 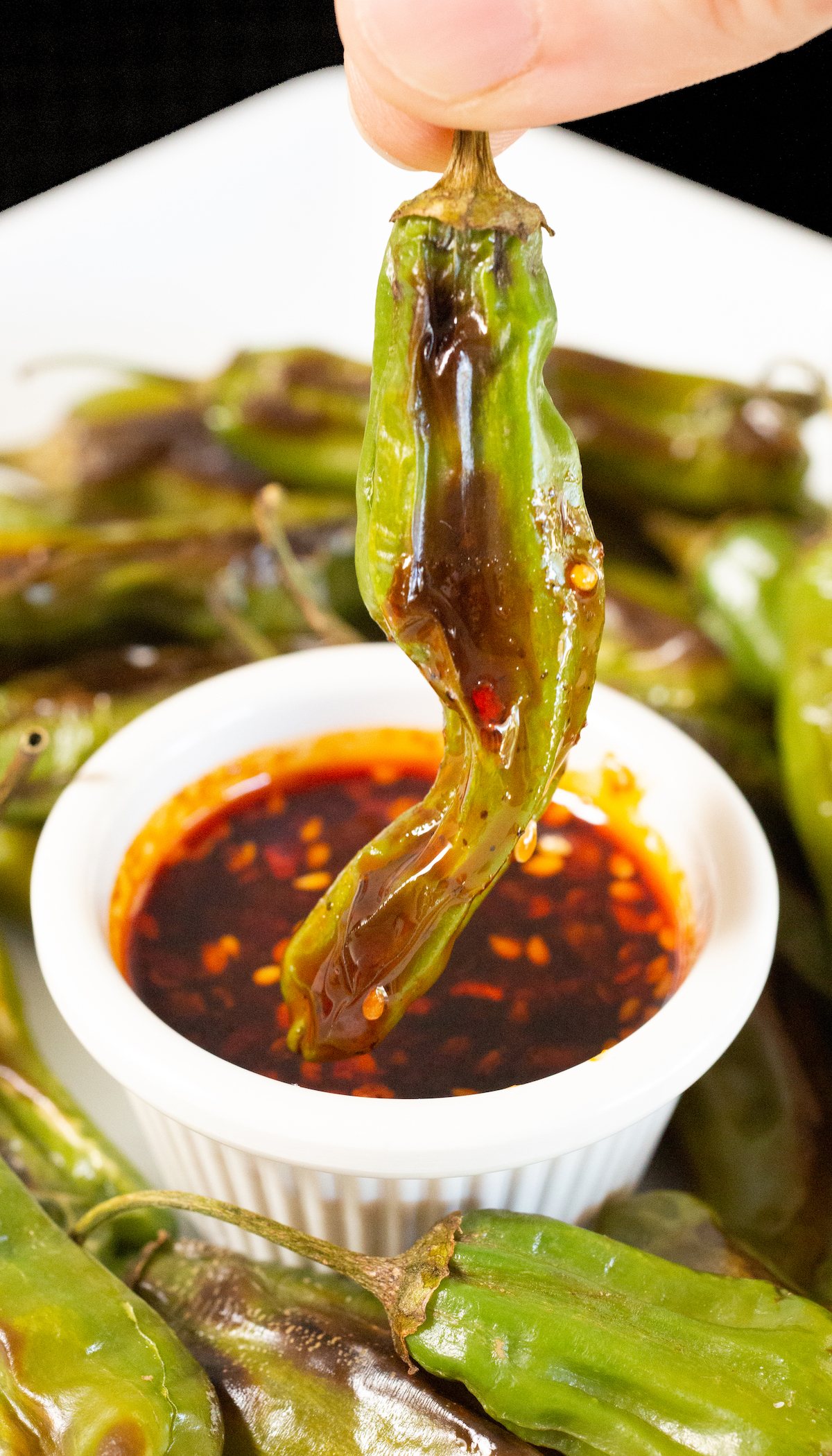 What to Toss With?

Instead of a dipping sauce, you can toss your peppers with oil, citrus zest, and spices after blistering. Our favorite is simple: just a little sesame oil and flaky sea salt. Below are a few other ideas to try.

What Else Can You Use Them In? 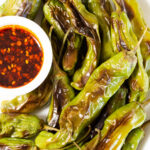 Preheat broiler at the highest setting for 5 minutes.

Mix ingredients together in a small bowl. Refrigerate until ready to consume. 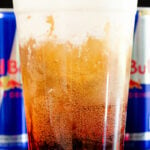 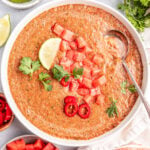 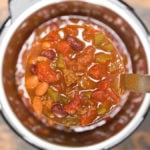 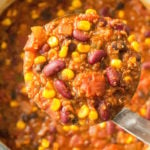 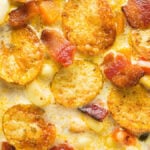